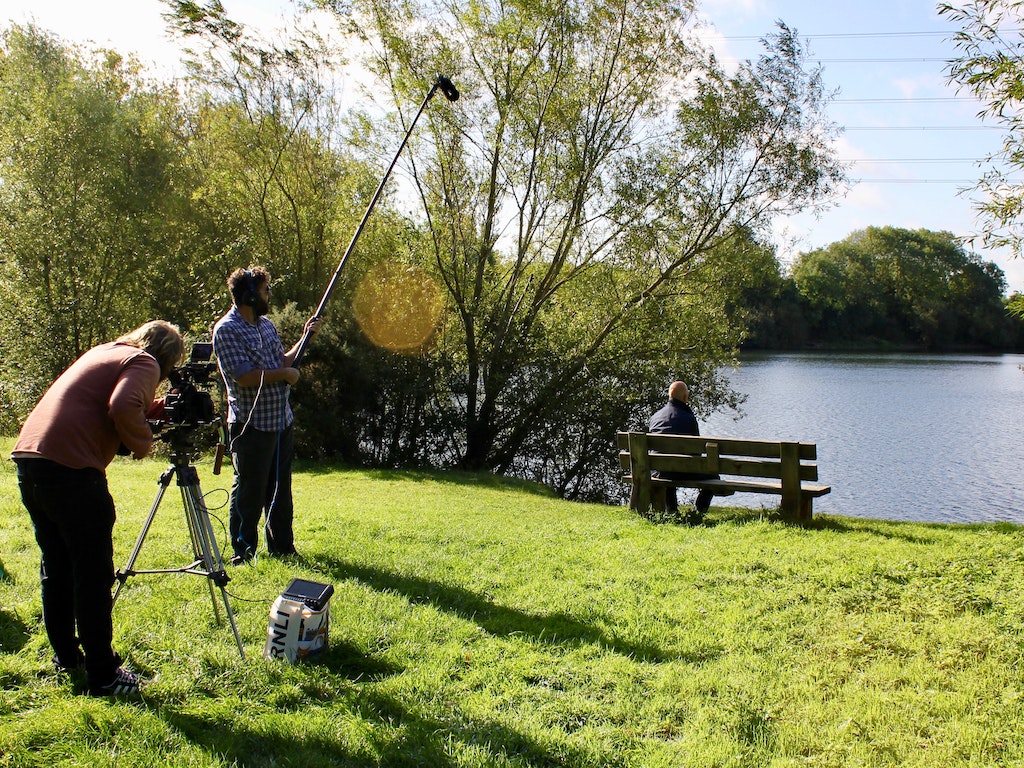 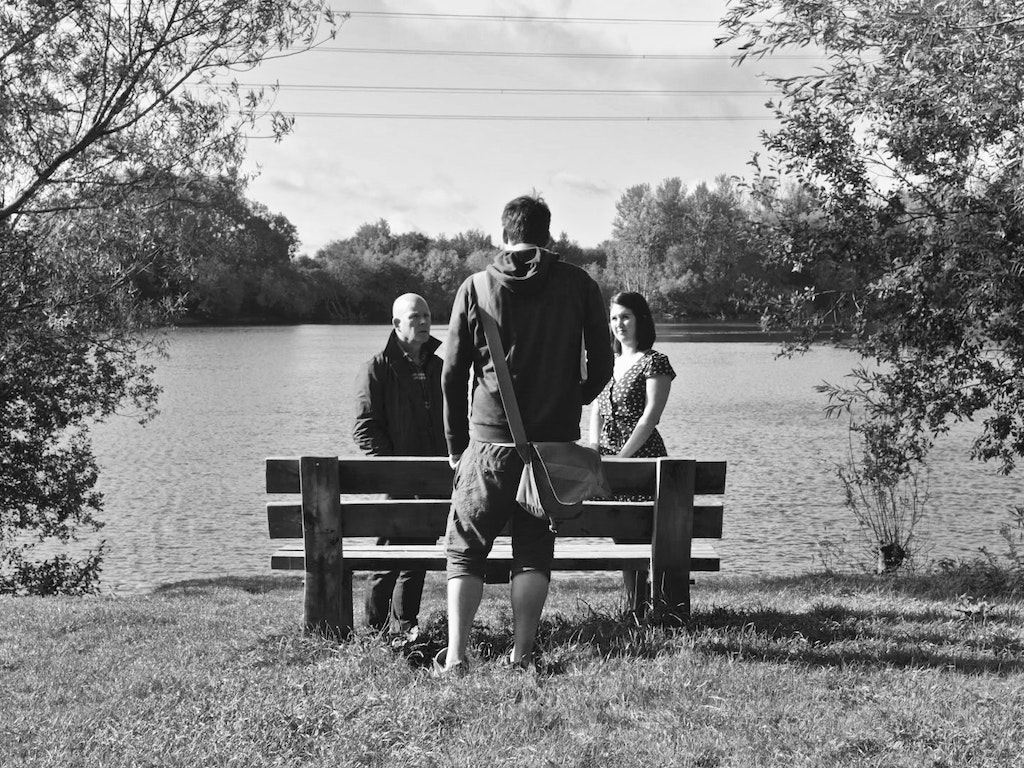 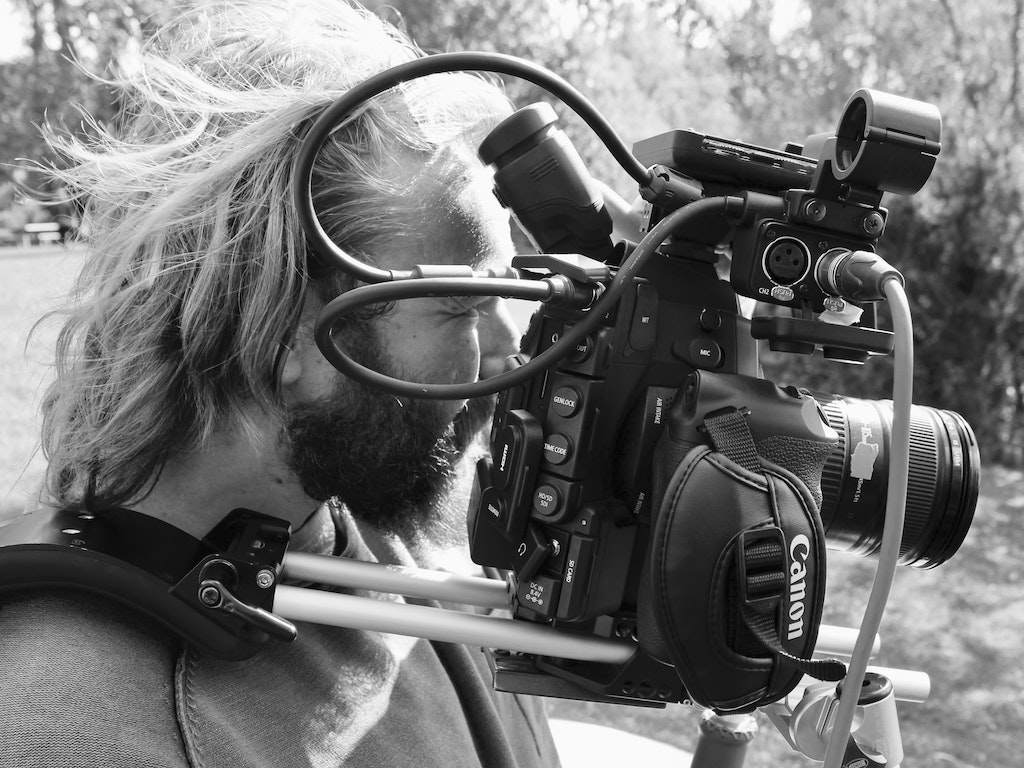 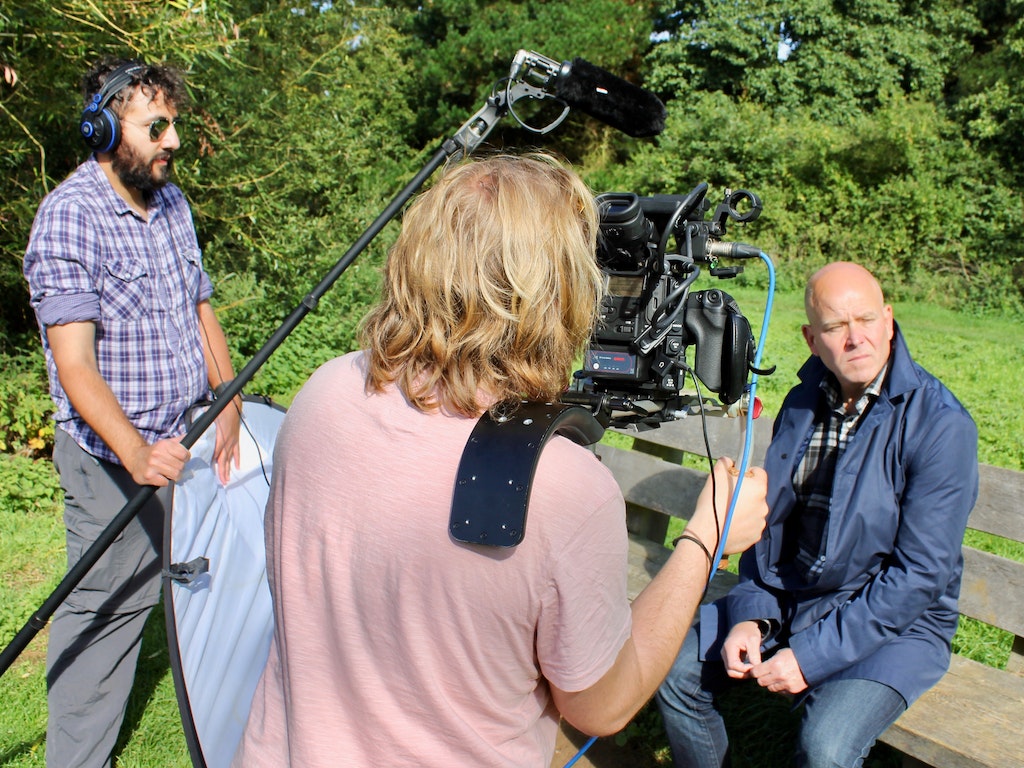 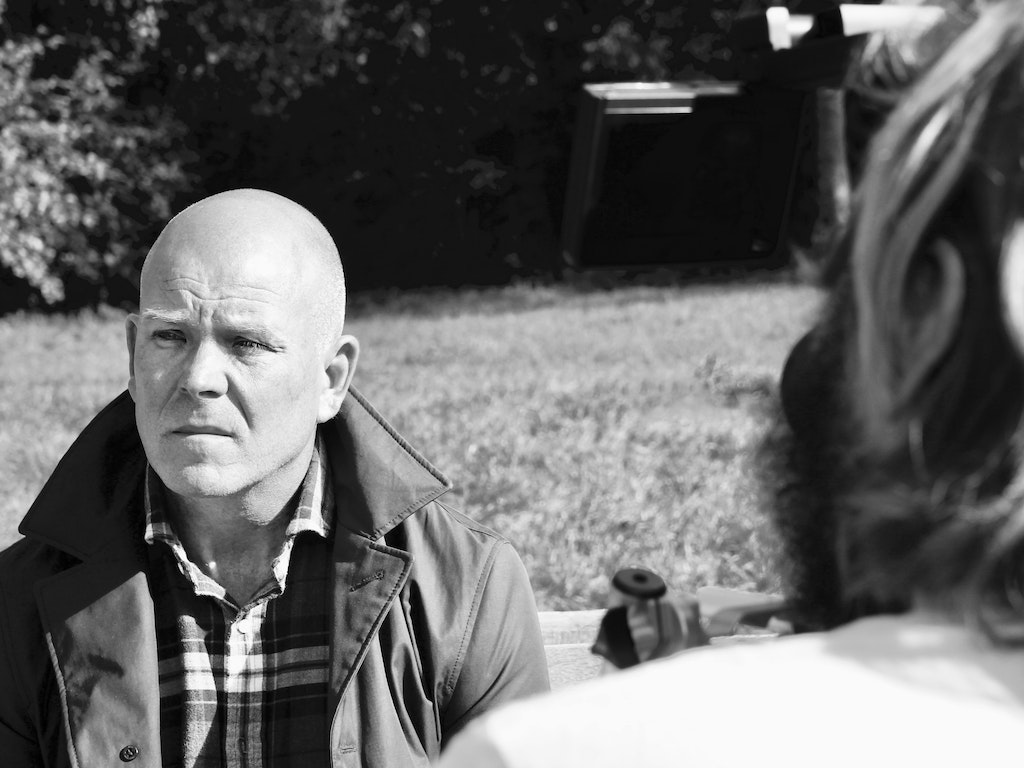 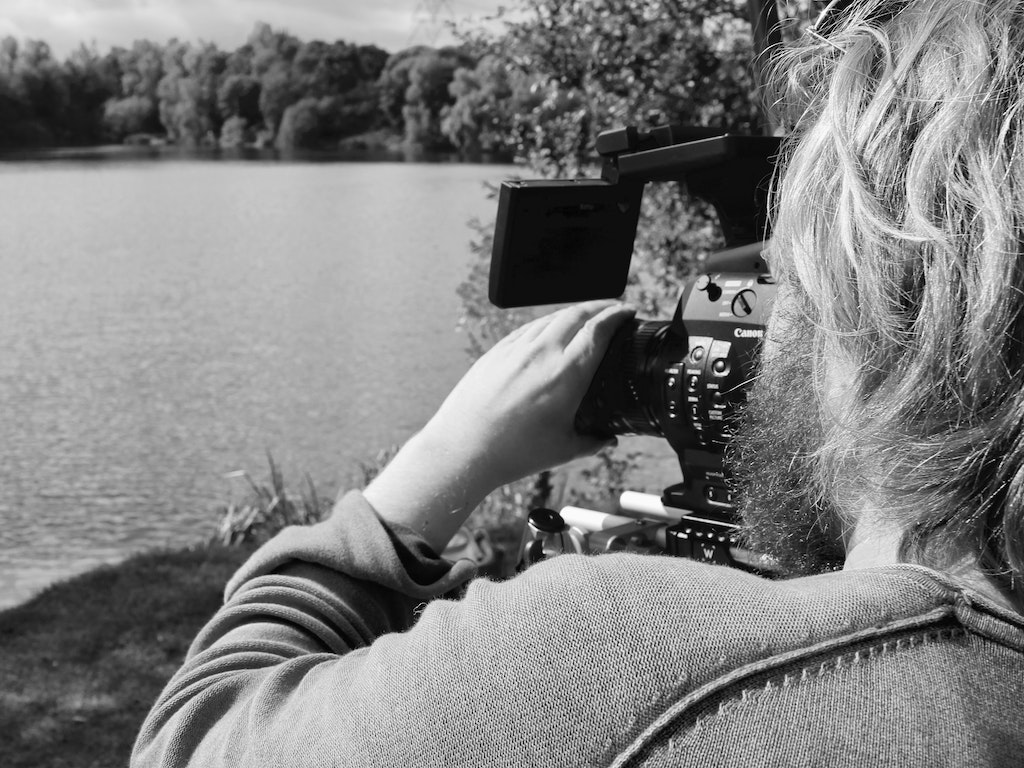 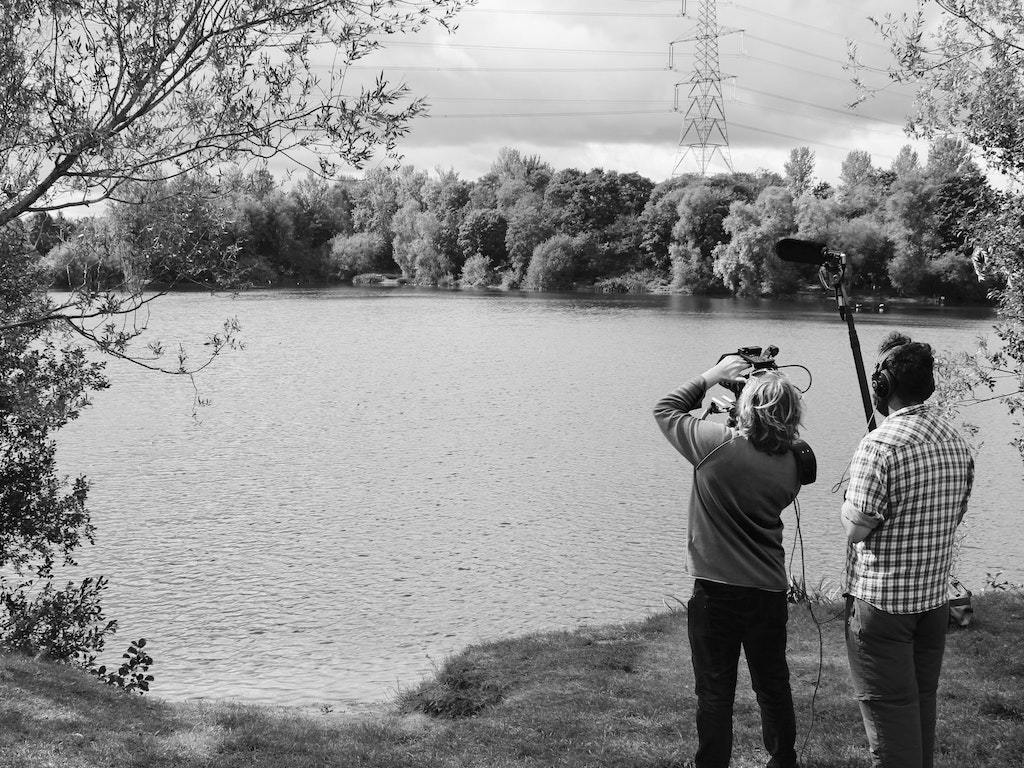 A short bittersweet drama that I wrote, produced, directed and edited.

With a tragic ordeal he would rather forget, Michael revisits the day that changed his life forever; all whilst facing one of the most challenging decisions he has ever made…a decision that he hopes will bring closure to his past, and comfort to his future.

To satisfy my creative urge, I decided to make my own short film and put to test everything that I’ve learnt over the years working in the film industry.

The film went on to have a successful run at film festivals across the world, earning itself a total of 16 Wins, including Best First-Time Filmmaker, 2 Best Editing and 4 Best Short Film awards, 12 Nominations, 3 Honourable Mentions and 30 Official Selections.

★★★★★ - UK Film Review
"Within" is presented in a documentary-style format as Michael (Neil Hobbs) tells the story of how he lost his daughter, with further third-person perspective scenes included as well which depict touching details of how he gets to meet her again in another form of life. This short film left me speechless for a number of minutes before I finally decided to put pen to paper and begin writing. It is almost impossible to fully describe in words how many emotions will be ignited within you as you watch this and how strongly they crash against your rib cage.
Neil Hobbs as Michael gives one of the most striking performances I’ve seen this year throughout the films I have reviewed. It isn’t surprising that he has won awards for his performance in this short. His ability to express such deep-seated emotions is beyond spectacular — as Michael describes the day he lost his daughter, the showcase of pure despair and desire to have her back in his arms again shines through in a natural, breaking beauty. These emotions hang heavy in the air, making the situation feel entirely factual; empathy, as a viewer, quickly rises as a result of Hobbs’ otherworldly acting power. Every feeling laced in his words and displayed on his face is soaked up by the audience, immediately creating a personal relationship between the character and the viewers. Trust me when I say that this connection refuses to break even after watching.
The lack of musical input throughout the short only adds to the atmosphere too, thickening the air and enhancing every uttered word and soft sob. This lack of tracks also pulls each viewer closer to the characters. Voicing that this film designs an incredibly intimate and captivating ambience is an understatement, and I love that about it! I think each viewer has a different experience while watching; everyone concluding with the same impact felt but each with a more personalised range of perspectives and sentiments as well.
The work by the director of photography, George Myer, is another aspect that must be praised. The cinematography is simplistic, obviously matching the form of which the story is told in, but it is not dull… it is light years away from being described as dull. The simplicity is breathtaking when paired with the context of the film and how the shots are stitched together. I would rather the word ‘gentle’ be used towards the cinematography instead of simplistic because somehow the word implies something without vibrancy, but each scene is bursting with vibrancy of all kinds.
"Within" should possess a never-ending list of awards and notes of appreciation, I truly have nothing negative to say about this impressive short film — it is a journey filled with heartwarming sadness; the two words are commonly known as opposites but "Within" expertly brings them together to bond as family instead.
- Review by Alicia Moore, UK Film Review

4.8/5 - Indie Shorts Mag
Christopher Key’s 7-minute Within, for a drama, follows an unconventional narrative style. Instead of meticulously shot flashback scenes, there is camcorder footage. Instead of comprehensive production design, even for the interview format that it uses, the focus is strictly on Michael’s face (and what an expressive one it is). And for the third and final component, dialogue is removed entirely. It is as though the film attempts to remove as much evidence of it being a reproduction of life as possible. And it works.
Neil Hobbs plays Michael. Now an old man, he sits for an interview to talk about his dead daughter, dead as a child. We do not see the interviewer. There is no gratuitous, bland montage to show what a happy child his daughter was. Instead, Michael talks like real people do—halting, ravaged by grief, haunted. Very few adjectives or pretty embellishments. The ‘footage’ the film uses truly feels like it was taken by everyday people on holiday. There are no pretensions of poeticisms to it.
As Michael recounts the events of that final day—a fatal car accident on a busy road—Hobbs delivers an impressively restrained performance. Indeed, as the only on-screen, speaking character (with a camera trained on his face to boot), the role and its performance has the power to make or break the film. But this is not merely the recalling of a painful memory. The interview marks an important, pending decision, revealed in the last moments of the film, and which it builds up to with brief glimpses of Michael facing a young woman (Roisin Bevan). Bevan, despite having no dialogues, leaves her mark. There is an almost unearthly kindness in her portrayal, just as the encounter itself feels not quite real (Fear not, this is no dead daughter’s vision trope).
The way Within experiments with its scaled back approach to create an unglamorous, unpolished vision of grief is unexpectedly impactful. The empathy it invokes pays off with a profound, devastating climax. Silence follows, leaving the viewer to share Michael’s grief, and something that is not exactly bittersweet, but tragically close.

★★★★ - Movie-Blogger.com
"Within" is a very emotional drama that really connects with the audience thanks to an exceptional performance from Neil Hobbs.
My Opinion: Writer and director Christopher Key has provided us with a very simple yet powerful and moving short. It is very focused with no wasted dialogue or screen time. We are presented with an interview set up with Michael where he talks about a tragedy. This is carefully woven with clips of Michael sitting on a bench waiting to meet someone. Some slick editing weaves between the two scenes, coming together at the finale to join them together and complete the story-arc. This is carefully done not to reveal the purpose of the park meeting right until the final moments, leaving us with a sad but heart-warming feeling.
Key has concentrated on telling the story, keeping everything else very simple and allowing the audience to focus on what is being told to them. There is one clear message in the short and it is told to us very well.
The story is character driven, with the audience following Michael on his journey of closure, which is the driving force of the story. Neil Hobbs puts in an excellent performance, ensuring this story is told in the most sincere way. His words hit you with such a powerful impact that you are hanging on every word he says.
Notable Performances: Neil Hobbs was simply outstanding in this short film. I have never seen such a moving and powerful performance. He had a way of moving the audience without even muttering a word. I felt as though he connected with the audience effortlessly. A quick look on IMDb and I was surprised to see so few credits to his name, appearing in a handful of shorts, the first of which was in 2016. He clearly has a natural acting ability.
The Verdict: "Within" is a simple story told perfectly with an outstanding performance from Neil Hobbs.
Christopher Key has ensured such a sensitive subject is told in the most thoughtful and delicate manner, making this short film an emotionally moving one.
- Review by Graham Blake, Movie-Blogger.com

The familial space, which can often be a source of comfort and warmth, can sometimes also be the cause of immense pain, and the grief that gets left behind in its wake. The short film conjures the same idea, but also takes it a few steps further. It speaks about building on that pain, to allow it to mature and evolve into something beautiful, perhaps even become a tribute of love to the loss.
"Within" opens with the visual of a man talking to someone behind the camera. The narrative employs blurred lines between fact and fiction to share its story with the viewer - the story of a father's love for his daughter, and how a single moment of negligence altered the course of their relationship forever.
Along with invoking all that the protagonist now battles within him, there is also the reminder of the idea that those we love, never truly leave us. They find ways to live even after they are gone. The story and plot are conjured to eventually foreground this idea for the viewer, along with an important social message, allowing the film to essentially be about a sense of unwavering hope that will find a way even in the darkest of times.
- Shorted

"Within" is an incredibly powerful film. On our first viewing we thought it was a documentary which is an incredible testament to the acting of Neil Hobbs. "Within" is outstanding. It is clean, excellently executed and a fantastic example of incredible filmmaking!
- Enginuity Film Festival

The majority of "Within" consists of a close shot of Michael, played by Neil Hobbs, telling his story in a documentary-style format. This and other of the film’s stylistic choices serve to keep our focus squarely on Michael, and the result is a tragic, moving story carried by a brilliant performance.
Dramatic short films can often suffer from the limited time they have to connect the audience with the characters and story. "Within" manages to avoid this problem by taking a large risk in having Hobbs alone with the camera for the majority of the run time. And this risk pays off enormously; Hobbs’ performance is captivating, and we are immediately and completely drawn into Michael’s painful retelling of the worst day of his life. Every piece of the film is designed to connect us with Michael. The dark background of the interview room, the out-of-focus landscape of the end of the film, the absence of music leaving only silence when Michael isn’t speaking, all keep our attention fixed wholly on his story.
"Within" achieves in its short run time the emotional resonance many feature length films struggle to establish. The weight of the film rests almost entirely on Michael, and an absolutely incredible performance from Hobbs cements the success of "Within". From stark opening to bittersweet end, "Within" is a testament to the power of one performance to make or break a film.
- Review by Sam Nolan (Strasburg Film Festival - "Price is Right")

[on Neil Hobbs] It is a heavy performance, and one that provides a great sense of realism to the whole project.
- The Monkey Bread Tree Film Awards

What If | Short Film